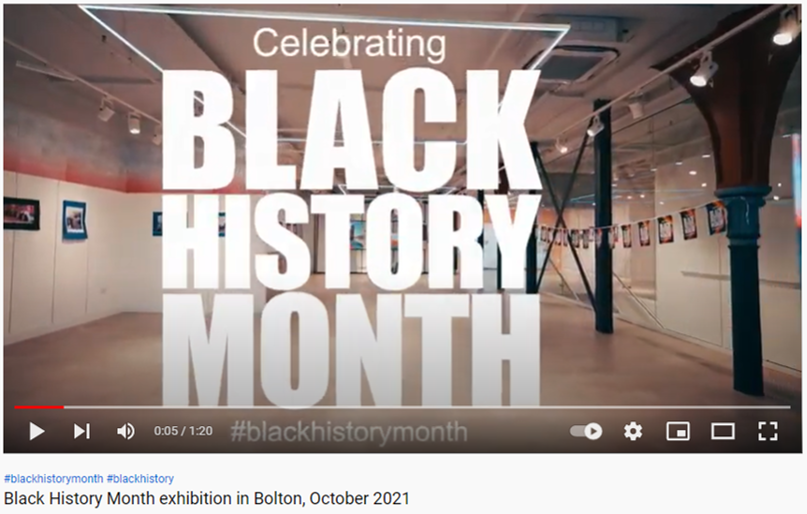 This short film provides a chance to see who and what was in a local exhibition for Black History Month if you missed it in person at the Market Place Shopping Centre in Bolton during October.

Asha Ali Ismail: the first African-British councillor in Bolton and an avid campaigner for the environment. Sadly Asha passed away from cancer in 2014 aged 34, but her achievements continue to inspire others to create more history.

Campbell Benjamin: the first black Mayor of Bolton in 1993 and 1994. Campbell moved to Bolton in 1945 and worked in aircraft manufacturing, then tailoring, became a union steward and served as a local councillor for Breightmet for around 35 years. He was awarded an OBE in 1996 and became an Honorary Alderman in 1998.

Nat Biney: community champion. Multi-talented in the arts, Nat was also key in starting and running the African Community Association of Bolton and has helped many people through this. He’s also a justice of the peace.

Many thanks to all who organised and supported the exhibition, including Ibby Ismail- Deputy Chair of our Board. And thanks to Maxmedia colleagues (www.max-mediagroup.co.uk) for the film.

This quarter, we thought you’d find our 2020/21 Annual Report more useful than a standalone issue of TAP4.

Why? Because it includes more detail on many of the topics we’d otherwise include in the latest TAP4 issue.

Want to read a previous issue of TAP4? No problem. They're listed below: 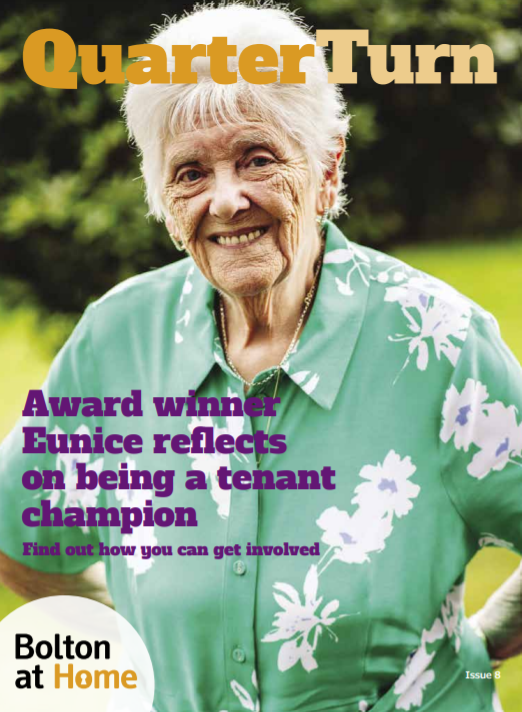