Jobs with Bolton at Home

All vacancies are advertised internally and externally at the same time unless specifically stated within the advert. Recruitment to vacancies will follow the usual interview/assessment process.

Click here to be taken to our Vacancies Portal.

Why work for us?

There are many benefits that come along with working for Bolton at Home, including flexible working, free eye tests, the Green Cafe and more.

Click here to learn about all the benefits of working for us.

Starts with you - Caretake Lead Operative

Starts with you ervices include information and guidance to those excluded from work and commercial contracts which create and sustain entry-level employment opportunities, with all our profits reinvested in supporting our corporate objectives and those of our parent company, Bolton at Home.

If you would like to discuss the role please contact hello@startswithyou.org.uk for more information or request an application form in large print

Jenny joined Bolton at Home aged 16 in 2006 as a Gas Engineer apprentice. Jenny went on to secure a role as a Gas Engineer in our Servicing Team, completing boiler installs, gas repairs and gas safety checks. After much hard work, job shadowing and building her confidence Jenny successfully applied to become a Gas Supervisor.

Adam joined us aged 38 in 2017 as a Caretaker, working in our communities across Bolton. Wanting to develop, Adam successfully applied for our plumbing apprenticeship and is now in his third year. As part of the course, Adam's being supported in completing his maths and English GCSEs. Self-development has been a driver for Adam and he's also completed computer skills, customer focus, health and safety courses and domestic violence course…. just to name a few!

Adam enjoys working in our communities and alongside his day-to-day role, has also helped with our food deliveries during the pandemic and the poppy project. He's never looked back since starting his apprenticeship, and is working alongside multiple trades, he's now multiskilled and able to complete a range of repairs including joinery. 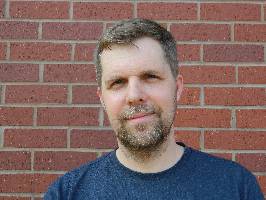 Danny joined us 30 years ago at 16 years of age as an Apprentice Bricklayer and went on to secure a Bricklayer post. After 24 years he wanted a new challenge and successfully applied to be one of our Technical Officers. In this role Danny really enjoyed the variety of inspecting a variety of reported repairs across all trades from plastering to structural repairs and collating a schedule of works for contractors and our operational teams.

After 5 years in post and successfully completing his HNC in Building Studies, he went on to successfully apply for a Building Surveyor post. Danny has enjoyed all his roles at Bolton at Home and appreciates the support he's had to progress through his career. He continues to enjoy working with our customers, operational teams, and contractors, and plays a vital role in creating homes and neighbourhoods we can be proud of. 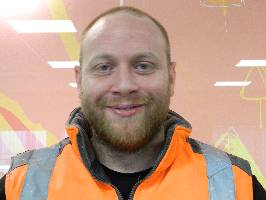 Danny Bolton - joined as a joiner Apprentice in 2008 at 16. He worked on our Kitchen and Bathrooms Team for 10 years, he then moved to our Day to Day Team. Across both teams his primary role was a joiner, but his Day to Day role gave him the opportunity to up skill across trades, and now works across joinery and plumbing. Now working as a CBRO Danny enjoys working with our customers and feeling part of our communities. Danny also enjoys the variety the role gives him, no one day is the same and he likes the fact he is constantly learning new skills. Bolton at Home is one team and Danny feels supported both in his role and as an individual, and feels being here is a career choice and not just a job.
Ian - Central Emergency Operative

Ian joined us in 1982 as a plumber based in Green Lane and Ian has a wealth of
experience across all our trades and teams. He started his role as a CEO 12 years ago and still enjoys the work life balance that the shifts offer him.
Ian enjoys the variety of the role and would definitely list one of his key skills as problem solving! As a first responder to emergency repairs, he can walk into anything from an uncontainable leak and smashed windows to concern for welfare reports. Working in the heart of our communities, Ian enjoys helping people when they need our repairs service the most, using all the knowledge gained from his vast experience with us.

If you have any questions about your application please email us on hello@boltonathome.org.uk

Need help to gain the skills, confidence and motivation to get back into work?

If you want to apply for one of our vacancies but need some help, we offer a range of services to help you gain the skills, confidence and motivation to get into work.

Click here to learn more about the services we offer to help get you into work.

Are you interested in joining a fantastic team and helping to shape the future of Bolton at Home? Why not apply to become a member of our Scrutiny group?

Click here to learn more about becoming a member of our Scrutiny group.

Our guide to applying for jobs with us will help you answer the questions on the application form. It explains what we're looking for and how to give relevant examples.