Welcome to the News from Bolton at Home page. Here you'll find news articles from across the organisation, from exciting new housing developments and important tenant updates, to community events and activities.

You can also access the current and previous issues of our Tap4 and Quarter Turn publications using this page. 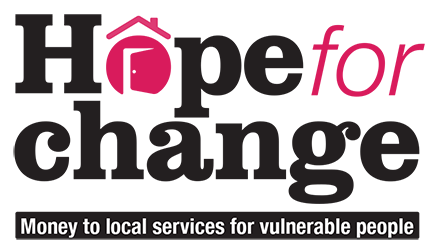 A campaign launching in Bolton this week will encourage the public to donate to local charities that support vulnerable people, rather than giving money directly to people begging on the street.

The Hope for Change campaign will see collection buckets placed in locations across Bolton with all funds raised being distributed to charities that offer frontline support to help people get their lives back on track. It is hoped this approach will help people off the streets for good.

The campaign has been organised by The Bolton Family – a partnership of more than 40 local organisations, businesses and charities that work together to improve the town and strengthen communities.

The money will be collected by local charity Urban Outreach and distributed through Bolton CVS to other local charities who directly support vulnerable people.

Dave Bagley, Chief Executive of Urban Outreach Bolton, said: “This is a hugely positive step that will give vulnerable people the targeted support they need.

“People who give money or food to people on the streets want to be supportive and have good intentions, but this doesn’t address the complicated range of issues they may be facing, such as addiction, mental health issues, or exposure to abuse and violence.

“The other thing to consider is there’s an element of street begging activity linked to organised crime and these people are not sleeping on the streets.

“By giving the money to charities that support vulnerable people instead we can encourage them to get the right support and reduce begging in Bolton.”

Chris Hinchcliffe, Branch Manager at Barclays in Bolton, added; “As a member of the Bolton Family, Bolton Branch are proud to support Hope for Change, which is a key part of Bolton Council’s vision to protect the most vulnerable by helping people to live well.

“This important programme will educate our community about the right way to provide support through charities, with the aim of making homelessness a thing of the past in Bolton. Members of the public can come in to speak with us and make a donation at the branch.”

The Hope for Change collection pots will be located in various shops across the town centre.

Local businesses are being encouraged to sign up to the scheme and those that do will receive window stickers promoting the campaign.

The campaign is being launched on Wednesday 18 December at the Market Place shopping centre in Bolton. Representatives from the Bolton Family will be sharing with the public how local organisations and charities are helping vulnerable people.

A Hope for Change website has been launched to raise awareness about the campaign and the range of support available in Bolton.

Tap4 is our new digital publication for tenants and is released every quarter. It's available to read on any device, and:

Quarter Turn is dedicated to raising awareness of interesting activities, relevant services and inspiring stories from in and around our communities, celebrating those involved in community activities. It is sent every quarter to around 3000 tenants who live in our sheltered and extra care housing, or who receive Careline.